You are here:Home / News / WHITE NIGHTS ON THE PIER BY PAUL VECCHIALI

WHITE NIGHTS ON THE PIER BY PAUL VECCHIALI 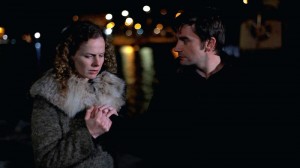 The Open Reel acquires rights for the international sales of White Nights on the Pier, produced by Dialectik, the latest long feature film directed by Paul Vecchiali.

The film was premiered at last Locarno Film Festival and got the Boccalino d’Oro for the Best Director.

White Nights on the Pier

A nightbird, taking a walk every night on the pier in a harbour where he spends its sabbatical. He meets there a young woman waiting for the man of her life. He passes four nights, both as real as fantasized, with her talking about life, and he realises he is falling for this woman. But the expected lover finally arrives…

Paul Vecchiali’s cinema takes as a starting point the French cinema of the 1930s, with an experimental and autobiographical tone. His best-known films are arguably Rosa La Rose and Encore. His films are notably low-budget. In 1987, he became the first director to link AIDS to homosexuality in a French film with his film Encore. He is also known for Wonder Boy – De Sueur et de sang (1994), Once More (1988) and Corps a coeur(1979).

News
AND THERE WAS EVENING AND THERE WAS MORNING: AN ITALIAN CASE
A WALL IS A NO-IMAGE: WALLS BY GREGORIO ROCHA
Search.
Latest News.