You are here:Home / News / A WALL IS A NO-IMAGE: WALLS BY GREGORIO ROCHA

A WALL IS A NO-IMAGE: WALLS BY GREGORIO ROCHA 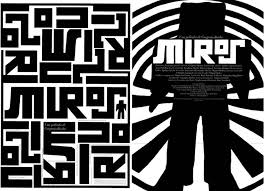 The Open Reel acquires rights for the international sales of Walls, the new documentary directed by Mexican Gregorio Rocha.

Walls is a film which narrates the reality of some disputed terrirories all around the world. From Sonora, in the north of Mexico, to Palestina, from Western Sahara to Belfast, going through Berlin. A man runs through its labyrinth and chronicles his adventures to his young son.

Gregorio Rocha is a noted documentary director based in Mexico City. His videos have screened internationally, including the Guggenheim Museum in Bilbao, the Museum of Modern Art in New York and Pacific Film Archive in Berkeley. He received the Award of Merit in Film from the Latin American Studies Association, Best Fiction Video at Vidarte in Mexico City and the Mesquite Prize for Best Experimental Work at Cinefest San Antonio. Rocha received a Media Arts Fellowship from the Rockefeller Foundation and is visiting professor of cinema studies at New York University and the Centro de Capacitacion Cinematografica.

News
WHITE NIGHTS ON THE PIER BY PAUL VECCHIALI
THE SILLY ONES AND THE STUPID ONES AT SAINT JEAN DE LUZ
Search.
Latest News.