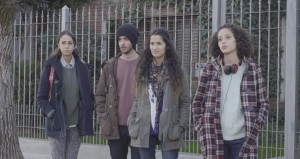 Martina travels with her mother to Villa Mercedes, the city where their relatives live.
After twelve years of absence, she meets with hercousins, whom she has not seen since childhood. They grew up apart, so she does not feel they are part of her family. Their mothers have a distant relationship due to problems in the family business. The youngsters in the family are going through a key stage in their lives, each dealing with a future related crisis, and the family being apart is not doing any help either. A tragedy brings them together, making them go through a journey and get to know each other again.

Nicolás Teté majored in Film Studies at the Cinema University (FUC) in Buenos Aires. Before shooting his first feature film, Ultimas vacaciones en familia (The Last Family Vacations), he directed the short films Algo de ella (Something About Her) and Por primera vez esta noche (For the First Time Tonight), participating in national and international festivals. He was involved in such productions as Olga, Victoria Olga, by Mercedes Farriols and Otros Silencios, by Santiago Amigorena. With his first feature film, he won the contest Argentina en Plano General and was selected at in the Portobello Film Festival, England, and at the Pozos Independent Film Festival, Mexico. The film ran in several independent theaters across Argentina. He is currently working as a script writer for Disney’s The Mix Show Latin America.