You are here:Home / News / LONGING NIGHTS, A FEATURE FILM DEBUT BY TIAGO LEAO 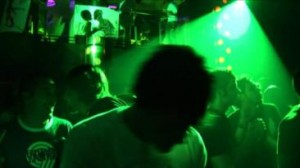 Aitana, Pierrick, Rita and Jorge are all in their twenties and all look for ways to make their nights in the city of Madrid a little less lonely.
Aitana is a sweet girl trapped in a men’s body; Pierrick is a cute French gay; Rita doesn’t much care about her partner, Carolina, and walks through life with no expectations; Jorge is trapped in a relationship with no future: the one he has with Maria.
Set against a background of drugs, sex, multiple partners and differing sexualities, Longing Nights follows the individual stories of these young people.
A candid portrait of four relationships highly loaded with eroticism from beginning to end. Four stories told without no borders between fiction and reality.

Tiago Leão was born as a fimmaker and screenplayer. In 2005, he has co-directed, together with Laura Silleras, his first fictional short film, titled Poker.
His passion for documentary arrives when he studies with Margarida Cardoso, Ateliers Varan and directors Catarina Mourão and Catarina Alves Costa.
The documentary is the narrative form he prefers, in order to tell stories with social and cultural contents. He realizes Ciganis, living for three months with a Gypsy family in Southern Portugal.
In 2007, he emigrates to Madrid and works for the production company Documentales Tus Ojos. Here, he works with screenplayer Alicia Luna to the project Bellezas Vacías. In the same year, he is invited by Magik Sound Productions to co-direct a biographical documentary on life and work by Henrik Takkenberg, dead in 2006, and co-founder of Chambao band.
Simultaneously, he starts to prepare his project Longing Nights.

Longing Nights is available for Festivals and international sales.