You are here:Home / News / CARMIN TROPICAL AT THE REFLETS FILM FESTIVAL 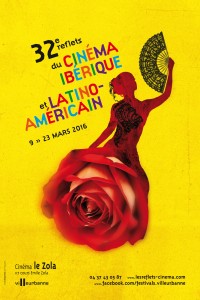 Another festival selection for Carmin Tropical, part of the 32 Reflets – Iberian and Latin American Film Festival in Villeurbanne (France), taking place from March 9 to 23.

The second long feature film directed by Rigoberto Perezcano has been included in the Long Feature Film Competition.