You are here:Home / News / XAVIER AT BRITISH COUNCIL'S #fiveFilms4freedom 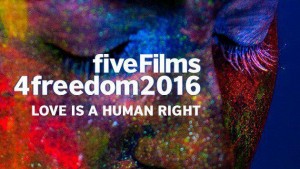 In occasion of its BFI Flare selection, Xavier has been acquired by The British Council and will be part of the 2016 #fiveFilms4freedom.
From 16 to 27 March, join the world’s biggest online LGBT film festival from the British Council (https://www.britishcouncil.org) and the British Film Institute (http://www.bfi.org.uk).

The initiative is a partnership between the British Council, the British Film Institute, and Flare, the London LGBT Film Festival.

DREAMS at the Fenda Festival in Belo Horizonte

A screening of Dreams has been scheduled in Belo Horizonte on May 29th, as part of the International Competition at the 2022 Fenda Festival. Info:…

J’ador and It’s Just in My Head, included in the Italian Focus organised together with the Italian Short Film Center and the Sofia Italian Cultural…
Twitter.