You are here:Home / News / THE RED TREE, World Premiere at the Tallinn Black Nights

THE RED TREE, World Premiere at the Tallinn Black Nights

SYNOPSIS
When his father dies, Eliécer is left to care for the half-sister he’s never met, called Esperanza. His mission is to take the girl to the capital to find the mother who abandoned her as a baby. The decision not to take responsibility for the girl, and the fulfilment of his duty, oblige Eliécer to set out on a journey on which he will accept the company of Toño, the young boatman whose dream is to make it to the city to become a boxing champion. At the end of the road, Eliécer must decide if he wants the home and family that he and Esperanza had lost.

BIOFILMO Joan Gómez Endara
Colombian director and producer, founding partner of Big–Sur Películas, he has directed and co-written the short films Blood Fighters (Idartes Award for Short Film 2008, Official Selection of the International Festival Clermont–Ferrand 2012), and The Wallet, shot in Barcelona in 2013.
He has also worked as a second unit director in a TV series for the Colombian Caracol Channel, and previously as assistant director for renowned Colombian films and film production companies. He holds a Master’s Degree in Film Direction from the Superior School of Cinema and Audiovisual of Catalonia (ESCAC) in Barcelona.
Recently finished his feature film The Red Tree, receiving numerous accolades during its development stage, including the Ibermedia Fund production support, and in post-production stage the selection at the “Film in Progress” of the San Sebastián International Film Festival, as well as the “Work in Progress” Ventana Sur Latam Audiovisual Market (Buenos Aires/Argentina), and the post-production support of the Colombian Film Development Fund (FDC). He is currently working on the development of a couple more new projects. 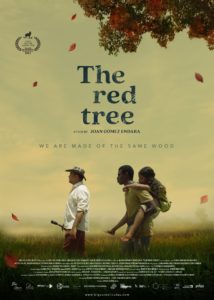