You are here:Home / News / The Open Reel scores deals on ‘Mia & Moi’, ‘Dramarama’ heading into MIA

Italian sales and production company The Open Reel has announced a raft of deals and a new acquisition in advance of Rome’s MIA Market (October 13-17).

Spanish drama Mia & Moi by writer-director Borja de la Vega has been sold to TLA Releasing for North America and the UK, and to Optimale for French-speaking territories.

The film follows a pair of siblings who move to their family’s dilapidated country house after their mother dies, where they are also joined by the brother’s boyfriend. Bruna Cusi (Summer 1993), Eneko Sagardoy and Ricardo Gomez star in de la Vega’s feature directing debut.

In addition, The Open Reel has just boarded the Colombian coming-of-age drama Good Manner by Santiago Leon Cuellar. The film tells the story of a gay teenager’s sexual awakening over a weekend at her grandparents’ golden wedding anniversary celebrations. Luen Cuellar’s own Mudra Films is producing. 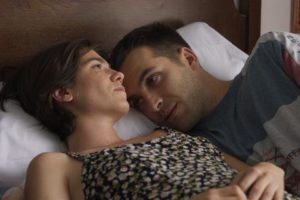 J’ador and It’s Just in My Head, included in the Italian Focus organised together with the Italian Short Film Center and the Sofia Italian Cultural…

THAT WEEKEND in Ankara

That Weekend is part of the 25th Flying Broom Women’s International Film Festival, running in Ankara from May 25 to June 5. All info: https://www.facebook.com/ucansupurgevakfii
Twitter.