You are here:Home / News / THE OPEN REEL MAKES DEALS AFTER BERLIN EFM 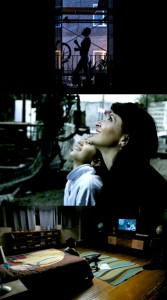 A busy EFM for newcomer The Open Reel. For its first year – and very first market participation – at the Berlin EFM 2013, Italian sales and festival booking company The Open Reel had a very busy time with the sales of its catalogue.
Highlights of the catalogue, which includes features films, documentary and short film, were “I Am Happiness on Earth (Yo soy la felicidad de este mundo)” by Julián Hernández and a selection of shorts by Juanma Carrillo.

Two times winner of the Teddy Award in Berlin for “A Thousand Clouds of Peace Fence the Sky, Love, Your Being Love Will Never End (Mil nubes de paz cercan el cielo, amor, jamás acabarás de ser amor)” in 2003 and for “Raging Sun, Raging Sky (Rabioso sol, rabioso cielo)” in 2009, the new feature film by Julián Hernández “I Am Happiness on Earth (Yo soy la felicidad de este mundo)” is based on the story of Emiliano, who looks at his life with the eyes of a film director, mixing the objective reality with the processes of the artistic creation. The story he is filming flounders with his daily life, until his world is trapped in the lens of his camera.

Still to be world-premiered, “I Am Happiness on Earth (Yo soy la felicidad de este mundo)” was sold to PRO-FUN Media for Germany, Austria and German speaking Switzerland, Luxembourg and Liechtenstein. PRO-FUN Media will also distribute the recent short by Spanish filmmaker and videoartist Juanma Carrillo “Andamio – Scaffolding”

The Torino LGBT Film Festival (April 19-25) is the third most important LGBT Film Festival in the world. This year the festival will pay tribute to young Spanish filmmaker and videoartist Juanma Carrillo with a wide selection of his shorts (including award winners “FuckBuddies” and “Canibales”), as well as its new works “Andamio – Scaffolding” and “1941” for the “100×100=900” project by Magmart museum.
The festival will also world-premiere a scene taken from Carrillo’s first full-lenght feature “Islandia”, now shooting between Spain and Iceland and available for pre-sales.

The Open Reel has closed a non exclusive local deal with Italian company “Cineama”, for the Italian distribution of “My Destiny (Dimmi che destino avrò)” by Peter Marcias and starring Salvatore Cantalupo (Gomorra) and Luli Bitri. The film, already distributed domestically by Gianluca Arcopinto’s Pablo distribution is still available for international sales. The deal with Cineama will assure the film a strong local circulation through a circuit of about seventy venues.

“My Destiny” has been also invited to several festivals in Europe in March and April; the film screened in competition at “Festa do Cinema Italiano”, organized in several Portuguese cities, at the “Il Cinema Visto da Milano Film Festival” organized by the Milan Cinematheque, as well as at other local festivals (BAFF, Busto Arsizio Film Festival and the Italian Film Festival in Como).