You are here:Home / News / THE OPEN REEL AND PAUL VECCHIALI

THE OPEN REEL AND PAUL VECCHIALI 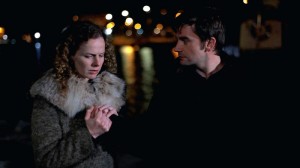 Paul Vecchiali’s cinema takes as a starting point the French cinema of the 1930s, with an experimental and autobiographical tone. His best-known films are arguably Rosa La Rose and Encore. His films are notably low-budget. In 1987, he became the first director to link AIDS to homosexuality in a French film with his film Encore. He is also known for Wonder Boy – De Sueur et de sang (1994), Once More (1988) and Corps a coeur (1979).

News
SCAFFOLDING AT SW LGBT FILM FESTIVAL
AND THERE WAS EVENING AND THERE WAS MORNING SELECTED AT PETALUMA
Search.
Latest News.