You are here:Home / News / THE OPEN REEL ACQUIRES SEVEN SHORT FILMS BY JUANMA 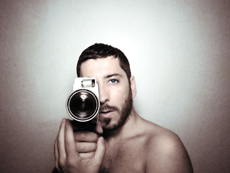 Seven short films from Spanish director, photographer and musician Juanma Carrillo have now been acquired for festivals and sales by The Open Reel. Titles are: This Leak (2011), Perfect Day (2010) , these two made together with Spanish visual artist Félix Fernández, Une Sensation de vide (2011), Consequent/Consequence (2010), Dishonored Bodies (2010), Wall (2010) and Cannibals (2009).

Independent filmaker focusing on intimate stories and experimental language, Juanma Carillo has showed his projects at important Cultural Insititutions such as the New York Queens Museum, the London Barbican Center and La Casa Encendida di Madrid as well as to many international film festivals, where he has been awarded with several prizes.

THE RED TREE, at the LatinAmerika i Fokus Film Festival in Malmo and Lund

Swedish premiere for The Red Tree, part at the LatinAmerika i Fokus Film Festival, with screenings in Malmo on October 27 and in Lund on…