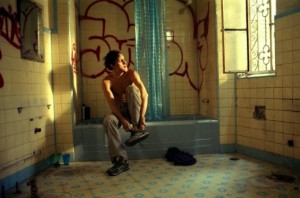 The Open Reel acquires the international rights of two new Mexican films: I Am the Happines of this World directed by Julián Hernández, awarded in past with 2 Berlin Film Festival Teddy Awards, and Disrupt, directed by Roberto Fiesco, debuting with the long feature film, after his experiences as a short film director and producer.

Both titles are now part of The Open Reel Berlin Film Festival Line Up and available for Festival bookings and sales.