You are here:Home / News / PD AND PORTRAIT: TWO NEW SHORT FILMS IN OUR CATALOGUE

PD AND PORTRAIT: TWO NEW SHORT FILMS IN OUR CATALOGUE 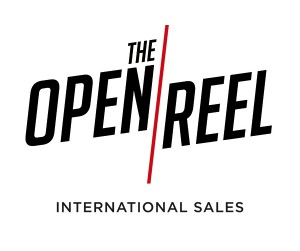 Two new short films are now part of our catalogue: the French production PD by Antony Hickling (Little Gay Boy and One Deep Breath) and the US/Mexican co-production Portrait by Adrian Corona.

Both titles are available for Festivals and Sales.

A cruising area takes on majestic proportions as we discover Greek-esque male bodies in the forest. The sonnets 18, 57, 20 by William Shakespeare add to the Midsummer Nights Dream like ambience of the film.

Having originally trained at The Arden School Of Theatre in Manchester for 4 years, he went on to work as an actor in the UK before moving to France to complete his Masters Degree and PhD in stage arts, his chosen subject being Queer theory. Antony has since moved behind the camera, writing and directing a series of short films exploring the Queer theme. Up until now, all of his films have been self-produced and have made their way around independent film festivals world-wide, generating strong critical acclaim. Having recently worked on the latest Todd Verow documentary End of Cruising, he is has just finished to direct  his second feature: One Deep Breath.

A struggling, decadent painter lives secluded with his girlfriend who suffers paranoid delusions. The painter tries to create a masterpiece by capturing her deliriums, nightmares and abstractions on the canvass.

Adrian Corona was born in Texas on March 29, 1983.  Besides his home state, he has lived in Paris, Denver, Mexico City and, currently, Los Angeles.  He has a Master of Arts in Philosophy where he specialized in the Science of Vision and Objectivity.  Portrait is his second short film and his first narrative (non-experimental) work.  He is currently developing his feature debut, a horror film entitled Dis.

News
THE SILLY ONES AND THE STUPID ONES COMPETING FOR THE SEBASTIANE AWARD
A YOUNG POET BY DAMIEN MANIVEL
Search.
Latest News.