You are here:Home / News / A YOUNG POET BY DAMIEN MANIVEL

A YOUNG POET BY DAMIEN MANIVEL 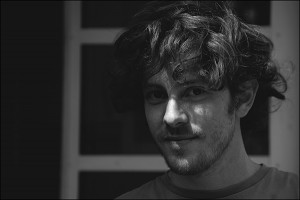 The Open Reel acquires rights for the international sales of A Young Poet, produced by MLD Films, the first long feature film directed by French Damien Manivel, after a prolific activity as a short films director.

The film was premiered at last Locarno Film Festival and got a Special Mention in the Filmmakers from the Present section. It will also compete at upcoming Ars Independent Festival in Katowice, Poland.

Barely out of his teens, Rémi dreams of becoming a poet and thrilling the world with his powerful and unforgettable verse. Seeking inspiration in the oppressively hot city of Sète, pen and notebook in hand, Rémi is determined to write his poem… But where to begin? By spending hours contemplating the sea? Climbing a mountain? Listening to the birds singing? Going to the library? Finding his muse? In bars? In the cemetery? Underwater? And if none of that works, then by drinking, drinking and drinking some more until that spark of inspiration strikes.

Damien Manivel (1981, France) has worked as a dancer and contemporary circus artist. In parallel to his job as a performer he has been making short films. His short The Lady with the Dog (2010) has been selected for the 2011 Tiger Awards competition in Rotterdam and won the Jean Vigo Prize the same year. His latest short, A Sunday Morning, was selected at the 2012 edition of La Semaine de la Critique in Cannes and won the Nikon Discovery Award.

News
PD AND PORTRAIT: TWO NEW SHORT FILMS IN OUR CATALOGUE
A COUNTRY OF PRIMROSES AND BARRACKS BY DIEGO CLERICUZIO
Search.
Latest News.