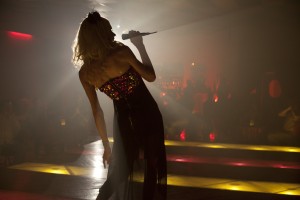 The Open Reel acquirres international rights of the Mexican long feature film Lonely Stars, directed by Fernando Urdapilleta and produced by the Centro de Capacitación Cinematográfica, A.C., and FOPROCINE.
An opera prima, Lonely Stars tells the story of two transvestites, Valentina and Joana, who, to the beat of punk and pop, pursue their most intimate and deepest dreams. On the road to success, they will find obstacles that will test their friendship. The harshness and absurdity of their lives, fuses with the sweet and sour story of a world where the party seems to go on forever.

Lonely Stars will have its official world premiere at upcoming Guadalajara International Film Festival, where is selected to compete for the Mezcal Award.