You are here:Home / News / THE OPEN REEL ACQUIRES FABIO LEAL THE DAYTIME DOORMAN 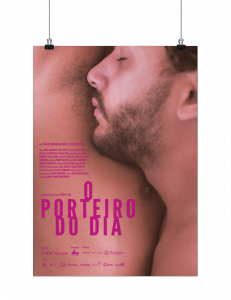 Based upon a novel written by Rodrigo Almeida, the film is about the encounter between the student Marcelo and his daytime doorman Marcio. After exchanging glances between “good mornings” and “good afternoons”, Marcelo realizes it’s time to try to go further with Marcio. Two worlds will collide through these men’s bodies.

The Open Reel had previously worked together with Ponte Producoes and Aspera Filmes on The Cult by André Antonio and Delusion Is Redemption to Those in Distress by Fellipe Fernandes.