You are here:Home / News / GIOVANNI MADERNA AND MAURO SANTINI IN THE OPEN REEL CATALOGUE

GIOVANNI MADERNA AND MAURO SANTINI IN THE OPEN REEL CATALOGUE 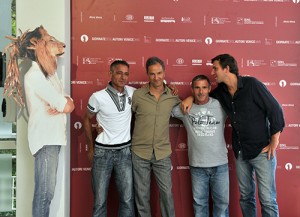 Wordly premiered at Venice-Days in 2012, and then at BAFICI in Buenos Aires on last Spring, Carmela, Saved by the Buccaneers is a tribute to Italian writer Emilio Salgari, produced in occasion of the 150th anniversary from his birth and part of a wider project focusing on the author of Jolanda, the Daughter of the Black Corsair (by which Carmela is inspired), including the production of three titles (the other two are Iolanda, Child and Corsair by Tonino de Bernardi and The Intrepids by Giovanni Cioni) all produced by Quarto Film.

Premiered in Milan at last FILMMAKER Festival, in the Competition section, and set in a London which images are shown in combination with the Airs from Mozart and Da Ponte’s Don Juan, Look Love Lost is a film totally made with his author’s private moments: a fragmented and random video diary, where the personal experiences are mixed up with an inescapable reflection about the fleeing human existence.