You are here:Home / News / GERMAN RELEASE FOR PEYOTE 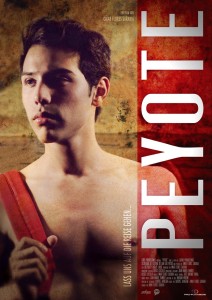 Pablo, a shy teenager, meets Marco, who is a few years older than him. Together they go on a impromptu road trip to the Mexican desert, a trip that will make them face what they mean to each other. This experience will turn Pablo’s life around: his points of view, his strength and his own sexuality. Two guys and a video camera that will record their friendship, struggles and the possibility to find another destiny.

The film is available for all territories except: Italy, Mexico, North America and Caribbeans, Germany, Austria and German speaking Switzerland, Luxembourg and Liechtenstein.

Info on the German dvd: http://www.pro-fun.de/php/detail.php?film_id=432