You are here:Home / News / DON'T ACCEPT DREAMS FROM STRANGERS 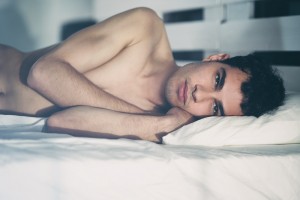 The Open Reel includes in its Line Up for Cannes the Italian production Don’t Accept Dreams from Strangers, third long feature film directed by filmmaker Roberto Cuzzillo and produced by Enzimistudio. The film, just premiered at the Turin TGLFF and about to be internationally premiered at Toronto inside Out, is now available worldwide for Sales and Festivals booking.

THE FILM
New anti-gay laws have just been approved in Russia. After a competition in St. Petersburg, Italian swimmer Massimo meets a Russian of his own age, Vladimir, working as an interpreter for the delegation of which Massimo is a member. The two men fall in love, but they will have to face the cultural barriers between them, as well as old and new macho stereotypes.

THE DIRECTOR
Roberto Cuzzillo was born in Turin in 1983. In 2005 he established the Enzimistudio production company and made movies, such as short film Lygofobia shown at the 64th Venice Film Festival. In 2008 he produced and directed his first feature film Senza Fine, shown at several international festivals and distributed in Germany, France, the Netherlands and Spain. In 2011 he directed his second long feature film entitled Camminando Verso. His short film Polaroid is part of the long feature film Quintet, divided in five short segments. He is currently developing his new project, I vicoli dell’anima.