You are here:Home / News / DISRUPTED GETS TWO AWARDS AND A SPECIAL JURY MENTION IN GUADALAJARA

DISRUPTED GETS TWO AWARDS AND A SPECIAL JURY MENTION IN GUADALAJARA 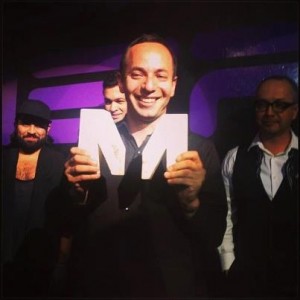 Disrupted by Roberto Fiesco has been awarded twice at last Guadalajara International Film Festival with the prestigeous Guerrero de la Prensa award, given by press, for the Best Iberoamerican Documentary and with the Maguey Award 2013, goven to the best LGBT title selected at the Festival.

The film has also received a Special Mention given by the offical jury for the Best Iberoamercian Documentary.

In Disrupted we follow the memory and testimony of two characters: Fernando García, known as Pinolito, who was a child actor in the seventies, and Doña Lilia Ortega, his mother, an actress. Fernando came out as a transvestite some years ago, and now calls himself Coral Bonelli.

They live together in Garibaldi yearning for their past in the movies, while Coral bravely comes to terms with her gender identity. They both still perform.

All info about the film here: https://www.theopenreel.com/en/catalogue/item/135-disrupted.html

News
WHAT ABOUT ALICE?, THIS LEAK AND WORLD ABOVE HEAD SELECTED AT ROME INDEPENDENT FILM FESTIVAL – RIFF
SCAFFOLDING AND FUCKBUDDIES BY JUANMA CARRILLO
Search.
Latest News.