You are here:Home / News / ANAPESON AND IN CALIFORNIA IN PALM SPRINGS

ANAPESON AND IN CALIFORNIA IN PALM SPRINGS 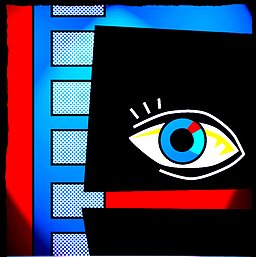 Northern American debut for Francesco Dongiovanni’s Anapeson and Charles Redon’s In California, both part of the American Documentary Film Festival, taking place in Palm Springs from March 30 to April 4.

The 2 films will be screened as follows:
Anapeson, April 2, 130pm, Camelot
In California, April 3, 7pm, Camelot, with Charles Redon in attendance.

WHAT WENT WRONG? In Washington

Screnning in Washington, scheduled on November 1st for What Went Wrong?, part of the Mujeres de Cine cycle screened at the AFI Silver Theatre. All…

Premis Berlanga 2022: 9 Candidatures for WHAT WE KNOW

What We Know gets 9 candidatures at the 2022 Premis Berlanga, whose Awards Ceremony will take place on November 12 in Castellón: Best Feature Film,…
Twitter.