You are here:Home / News / TREMULO AND X OR Y COMPETE IN CAGLIARI, WITH DON'T ACCEPT DREAMS FROM STRANGERS OUT OF COMPETITION

TREMULO AND X OR Y COMPETE IN CAGLIARI, WITH DON’T ACCEPT DREAMS FROM STRANGERS OUT OF COMPETITION 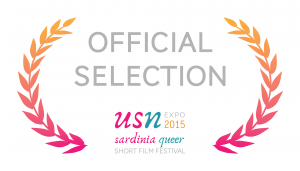 Tremulo and X or Y are part of the Short Film Competition at the 2015 Sardinia Queer Short Film Festival.

Furthermore, our Don’t Accept Dreams from Strangers directed by Roberto Cuzzillo and The Circle that we represent as Italian distributor will be part of the Special Screenings Festival’s section.

The schedule for the Special Screenings section will be announced soon.

News
PAUL VECCHIALI AT THE GALICIA CINEMATHEQUE
THE SILLY ONES AND STUPID ONES BEST LONG FEATURE FILM IN BARI
Search.
Latest News.