A mother wants to play with her son who won’t speak to her. A boy wants to find out what his friend is giving to a girl who is more slender than him. A cat has disappeared. But these are only games.

Simone Bozzelli (1994) was born in Silvi, province of Teramo. He moved to Milan and graduated at NABA in Media Design and Multimedia Art. He wrote and directed the shorts My Brother (2015) and Loris Is Fine (2017), both presented at many international film festivals. Since 2018 he is studying Film Directing at the Centro Sperimentale di Cinematografia of Rome. His two last short films, Amateur (2019) and J’ador (2020), have been in competition at the 34. and 35. Venice International Critics Week, with J’ador awarded at Best Short Film.

A man receives a heart-shaped charm from a friend to put around his neck. When the jewel disappears, the man panics and cannot deal with the feelings that the gesture and the loss of the trinket arouse him. In a crazy and bloody act he will do the unthinkable. O Berloque Vermelho (The Red Trinket) is a short story written in 1875 by António José da Silva Pinto and is considered one of the first homosexual representations in Portuguese literature. The horror tale genre at the time was the only way to present a love seen as a crime, in an alienated way and with a tragic ending.

André Murraças was born in 1976. Has a degree in Scenography at the High School of Theatre and Film Lisbon and a Master of Arts in Scenography, with distinction, by the Hogeschool voor de Kunsten, in Utrecht, The Netherlands.
He directed and wrote the webseries Barba Rija (Rough Beard) and Desabafos (Outbursts). Writer, performer and theatre director of shows like Fronteiras, O Triângulo Cor-de-Rosa, Santos e Pecadores, Teatro Noir, Sex Zombie – the life of Veronica Lake, Hollywood, More of a Man, One Night Only, An Ideal Husband, Pour Homme, Swingers, As Peças Amorosas and Words Are My Business.
After five years as an advertising copywriter, he began a career as a screenwriter for television, together with the writing teams of the telenovelas Mar de Paixão (TVI) and Rosa Fogo (SIC) – this one nominated for an Emmy. He was also responsible for the original texts and stage direction of Cabaret Repórter X, A confissão de Lúcio, 50 – Orlando, ouve, Cândida, Film Noir, and O Espelho do Narciso Gordo. In cinema, he was directed by João Pedro Rodrigues and António da Cunha Telles.
Selected to represent Portugal at Chantiers d’Europe at Theatre de la Ville with his theatre text Império and also selected to represent his country at the Sala Beckett, Barcelona, with Simon Stephens, he received three times the prize “Theatre of the Decade” by CPAI and was present at the Biennale of Young Artists from Europe and the Mediterranean. He has several published short stories and writes for magazines and newspapers. The Magazine MINI International called him one of the most promising authors of his generation.

Coming back home, Baptiste has to deal with the absence of his dead brother. He decides to run away from his mourning. On the road, he decides to kill himself in the same place where his brother died. There, he meets Emma, a bubbly hitchhiker who is Death herself. Emma will change Baptiste’s plans when she reminds him about all the forgotten memories that he had with his lost brother.

After working in Corsica in the production of many short films, Léon Diana produces in Toulouse with Ricky Mastro his first feature film 7 minutes. Then, he develops two shorts with Soraya Helena (Papillons, Café Latte) and with Ricky Mastro (I don’t Remember). In 2021, he shots his first film as a director: Au bord de l’infini. Currently, he’s working in his next short film project Elle est partie à travers la ville. 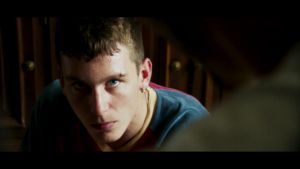 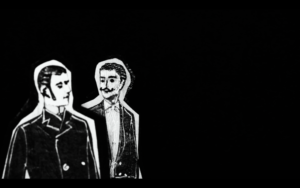 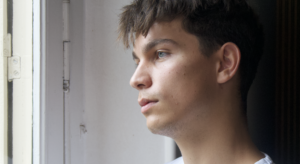