You are here:Home / News / THIRTY SOULS: FIVE NOMINATIONS AT THE MESTRE MATEO AWARDS 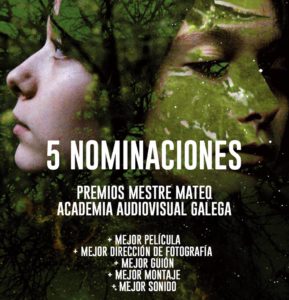 Thirty Souls gets five nominations at the 2018 Mestre Mateo, the Galician TV and Cinema Awards given by the Galician Audiovisual Academy.

Awards Ceremony on March 3 at the Opera Palace in La Coruña.

Congratulations to Diana and to all cast & crew!

News
AL BERTO IN GUADALAJARA
AL BERTO AND JUST PAST NOON ON A TUESDAY IN MELBOURNE
Search.
Latest News.