You are here:Home / News / THE OPEN REEL In San Sebastian with We Will Never Die and Arima

The Open Reel will be part of the 68th San Sebastian International Film Festival with two selected titles: the just acquired We Will Never Die, included in the Official Competition, directed by Argentinian Eduardo Crespo (As Close as Possible), produced by Santiago Loza and Rita Cine, with the support of INCAA, and starring Romina Escobar (Brief Story from the Green Planet) and Rodrigo Santana, and first feature film Arima, directed and produced by Jaione Camborda, participating in Made in Spain and awarded at last Seville European Film Festival

Congratulations all for the selection! 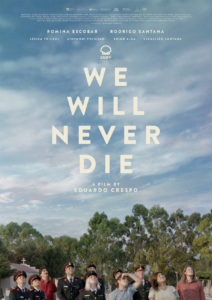