You are here:Home / News / THE OPEN REEL ACQUIRES MR. LEATHER BY DANIEL NOLASCO 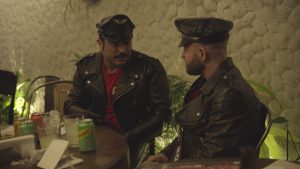 Mr. Leather was shot in Sao Paulo on last April, during the second edition of Mr. Leather Brasil.
It features the contestants, the whole preparation to the event and focuses on the importance and the strength of the leather culture in this very conservative period for the country.

Graduated in Cinema and Audiovisual at Universidade Federal Fluminense and History at Universidade Federal de Goiás, Daniel Nolasco has directed and scripted more than ten short films. He also worked as a producer and festival programmer. After filming his first long documentary Paulistas and the short film Neptune in 2017, Daniel Nolasco presented his last short film Sr. Raposo in 2018.

News
THE RIDDLE AT AVVISTAMENTI – MADE IN ITALY
ENTER AND FORGET-ME-NOT AT KINGSTON REELOUT
Search.
Latest News.