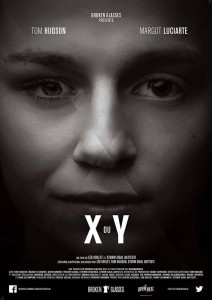 The Open Reel acquires rights for Festivals and Sales of the French short film X or Y, produced by Broken Glasses, with Tom Hudson and Margot Luciarte and directed by Leo Grélet and Storm Sigal Battesti.

HE is a nightbird solitary and discreet. SHE is a confident, beautiful and enterprising woman. HE is SHE, SHE is HE.

A body for two people. This woman embodies all what he delivers, what he would be without never admitting it. SHE only exists in his subconscious. She translates his desires, his impulses, his repressed fantasies.

Léo Grelet has studied as a Technician of Image and Sound in Avignon and went to Université Paul Valéry in Montpellier for a year. Then he decides to study to become an at the actor Performing Arts Centre (Paris XV) and at the Studio Pygmalion (Montrouge 92). He realized his first short film in 2012 for the Nikon Festival with Storm Sigal Battesti.

Storm Sigal Battesti is a Franco-American of 22 years who has been living in Spain, Ireland, United States and Italy. He follows his first acting classes at Horizon High School in Colorado and then at the Liceo Scientifico Acornaro in Padova. Back in France he passes his Literary Bachelor as free candidate and the contest for the Jean Laurent Cochet course.

He choses a few months later to quit to devote himself to the kyokushinkai, a combat sport. It is also thanks to this sports training that he will perform a small role in X or Y. In November 2012 Storm decides to resume the theatre and joined the Studio Pygmalion where he met Léo Grelet. With the latter that he directs his first short film in 2012 for the Nikon Festival.

Storm turned in a few clips and short student films including Heroes, a short film by William S. Touitou, and Nawak, directed by Jeremy Paquet