You are here:Home / News / TEN TIMES LOVE by Manuel Billi and Benjamin Bodi

The Open Reel acquires the short film Ten Times Love, directed by Manuel Billi and Benjamin Bodi (ENTER) and just premiered at the Rome Independent Film Festival.
A Nokto production, Ten Times Love stars Brice Michelini and tells about ten fragments of ephemeral love in the life of Numa, an anti-romantic hero of our liquid time.

Manuel Billi lives and works in Paris. Film critic and director, he has authored several essays on contemporary cinema. Since the year 2000, he has been collaborating with different Italian and French film magazines. In 2014 he directs his first experimental short film, Battre, enlever. His first fiction short, Ghosts of Yesterday (2017) has been premiered at the Venice Film Festival. Then, he alternates between fiction (ENTER, 2018, with the French actor Félix Maritaud, selected in more than twenty international festivals) and documentary (Guardarla negli occhi, official selection at the Mostra Internazionale del Nuovo Cinema di Pesaro 2020). Ten Times Love is his third short fiction film and the second one co-directed with Benjamin Bodi.

Benjamin Bodi (1978, France) has degrees in drama, performance and photography. At the age of 22, he joined WAX, a Parisian collective of artists imbued with free jazz and surrealism. Two years later, as a programmer, he joined the management of Théâtre 347 in Paris and also worked as a public relation at the Comédie Française. From 2000 to 2012, he performed theater, dance and visual arts with David Wampach, Christian Rizzo, Dora Garcia, Daniel Larrieu, Anne Zenour and Joao Fiadeiro. He has also participated in projects in these fields as a choreographer, playwright, co-writer and director. Video has always been more or less part of his work. He directed and presented a dozen experimental films in art festivals in France and abroad. In Saudi Arabia, he directed many documentaries based on the birth of a cultural dynamic, and continued this work in the Middle East by working with event companies. In 2015, he met director Manuel Billi, with whom he collaborated with Ghosts of Yesterday before deciding to co-direct their next film. In 2020 he has directed the shorts Pig for Pigs and, again tigether with Manuel Billi, Ten Times Love. 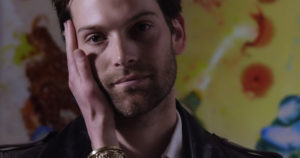 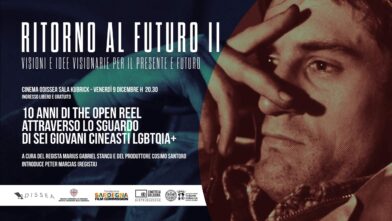