You are here:Home / News / THE OPEN REEL AT BERLINALE PANORAMA WITH THIRTY SOULS

THE OPEN REEL AT BERLINALE PANORAMA WITH THIRTY SOULS 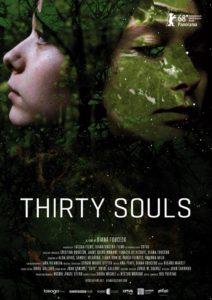 The Open Reel acquires the Spanish first feature film Thirty Souls (Trinta Lumes), directed by Diana Toucedo and co-produced by Lasoga Films and TVG, with the support of AGADIC.

Awarded as a work in progress at last Rec Tarragona, Thirty Souls will be premiere at the upcoming Berlinale, as part of the Panorama section.

Alba is twelve years old and wants to discover the mysterious, fascinating and unknown reality of death. With her best friend Samuel, she enters abandoned houses, travels through forgotten villages and explores remote mountains that hide another parallel world. Here is a journey to reveal the unexplainable conflict between the living and the dead.

Diana Toucedo is a filmmaker living in Barcelona. Bachelor’s Degree in Cinema and video editing from University of Barcelona/ESCAC and Master’s Degree in Contemporary film theory from the University Pompeu Fabra.

Her best known works to date are the documentary films All the Night Long, edited with catalan director Isaki Lacuesta and produced by TCM Channel and presented at the International Film Festival of San Sebastian in 2010 and The Fifth Gospel of Kaspar Hauser, a film by Alberto Gracia, produced by Zeitun films (FIPRESCI prize at the Rotterdam Film Festival 2013). She also has edited, among others, the films Bugarach from Nanouk Films in co-production with Filmtank (Germany), WDR, TVE and TV3, Death in La Alcarria, a feature film by Fernando Pomares, Sonata para violonchelo by Anna M. Bofarull, Belén, a documentary film by Adriana Vila, with Ibermedia support, Penélope by Eva Vila, with the support of Eurimage Program, ICEC, ICAA, TV3 and UPF. She has also edited Júlia Ist, the last feature film of Lastor Media, Silver Biznaga at Malaga Film Festival and Los desheredados, a short film by Laura Ferrés that have won Leica Cine Discovery Prize for Best Short Film in Competition (Semaine de la Critique, Cannes 2017).

As director, she has made several documentaries and experimental short films shown at film festivals and art centers. Thirty Souls is her first documentary film, co-produced with Lasoga Films and TVG, with the support of AGADIC. She is also developing her next project Puerto Deseado, that will be shot in Argentina.

News
UPON THE SHADOW IN STOCKHOLM
LORIS IS FINE AT BOLOGNA VISIONI ITALIANE
Search.
Latest News.