You are here:Home / News / THE OPEN REEL ACQUIRES PAULISTAS AND NEPTUNE BY DANIEL NOLASCO

THE OPEN REEL ACQUIRES PAULISTAS AND NEPTUNE BY DANIEL NOLASCO 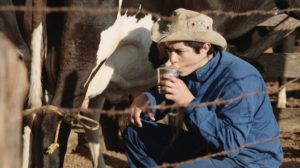 Two more Brazilian titles in our Line up: The Open Reel deals with Estúdio Giz for the acquisition of the documentary Paulistas and the short film Neptune, both directed by Daniel Nolasco.

Both titles have just been completed and are now available for sales and festivals booking.

PAULISTAS
Paulistas and Soledade are two rural regions located in the state of Goiás. In the early nineties the rural exodus was intensified with the expansion of monoculture farming and exploitation of water resources. Since 2014, there is no more young people living in the region. It’s July, vacation time. Time when the children visit their parents.

NEPTUNE
The last chapter of a short film trilogy. The growing desire between Sandro and Maicon.

News
THE PARK SOLD TO BRAZIL
MEXICAN RELEASE FOR I AM HAPPINESS ON EARTH
Search.
Latest News.