You are here:Home / News / OFFICIAL ARIEL NOMINATION FOR ROBERTO FIESCO AND JULIAN HERNANDEZ 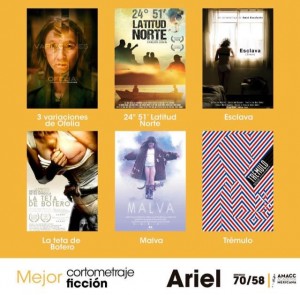 Congratulations to Roberto Fiesco, after the victory in 2014 with Quebranto, also represented by us and to Julian Hernandez for this important achievement.