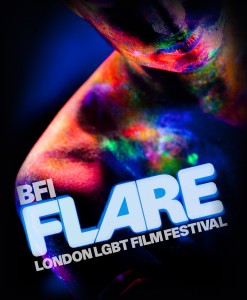 Fulboy by Martin Farina will have its world premiere in UK, at BFI London Flare, running from March 19 to 29.

The Argentinian documentary, produced by La Otra Cine, Cinemilagroso and TLA Releasing, was presented as a work in progress at last Buenos Aires Bafici, is now ready and available for festival’s circuitation and international distribution.

In Fulboy Tomás allows his older brother Martín Farina an inside look at his life as a professional football player. Martín, never able to fulfill his own dream of playing football, steps into the world of Tomás and his teammates through the lens of his camera. However, the rest of the club has their own opinions, some viewing Martín as an intruder, as he exposes their most vulnerable moments, and their concerns for the future after the game has ended. Fulboy offers an uncensored, confessional look at how the athletes behind the most popular sport in the world behave during their time off the field. At the same time, Fulboy reflexively interrogates Farina’s aesthetic choices and point-of-view, as well as the viewer’s gaze at the male form.