You are here:Home / News / FREIBURG: TRIBUTE TO JUANMA CARRILLO

Another tribute to Spanish Juanma Carrillo will take place in Freiburg, during the 29 International Gay and Lesbian Film Festival.

The Festival will screen Wall (2010) and Scaffolding (2012), both part of the short film selection.

The screening will take place on Wednesday May 8th at 9:00pm. 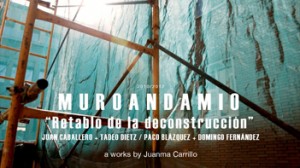 News
TWO AWARDS FOR MY DESTINY AT BAFF
WORLD ABOVE HEAD IN INDIA
Search.
Latest News.