You are here:Home / News / FIRST FESTIVALS CONFIRMED FOR EL FULGOR

EL FULGOR
Argentina, 2021, 65′
The carnival is coming soon. We witness the ritual of “cleaning the meat” performed by the “gauchos” who unfold their knives. The bucolic landscape mixes with the city streets. Slowly, everything fills with colour, feathers and semi-naked men.
Face masks begin to cover the faces and alcohol disinhibit the bodies.

Martin Farina (1982, Argentina) is a film director, editor and cinematographer. He has a degree in Communication and he also studied philosophy, music and practiced journalism in the group “La Otra.”
In 2010 he founded the production company Cinemilagroso and since then he has made seven feature films, two shorts and he has other three projects in process, two in development-stage and one about to be premiered.
In his work it is possibile to discover the hallmark of an author who plays and questions the limits between reality and fiction, resulting in a compilation of original films in which he explores all the possibilities of cinematographic language.
His films were curated in a retrospective by programmer Roger Koza in 2018 and premiered at several international film festivals such as BF London, Torino Film Festival, Queer Lisboa, New Latin American Film Festival of La Habana, Molodist KIFF, Black Movie, Guadalajara Film Festival, BAFICI and Mar del Plata IFF, among others. His documentaries were nominated two years in a row to the Condor Awards in Argentina.
Among the titles he has directed:
Fulboy (2014)
El hombre de paso piedra (2015)
Taekwondo, co-directed with Marco Berger (2016)
El profession4l (2016)
Jackal Stories (2017)
Mujer Nomade (2018)
Children of God (2021) 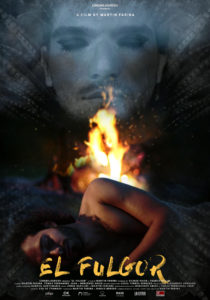 News
ARIMA in streaming thanks to the Instituto Cervantes in Berlin
PEOPLE WE KNOW ARE CONFUSED in Prague
Search.
Latest News.