You are here:Home / News / DELUSION IS REDEMPTION TO THOSE IN DISTRESS - CANNES CRITICS' WEEK

DELUSION IS REDEMPTION TO THOSE IN DISTRESS – CANNES CRITICS’ WEEK 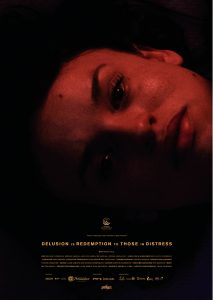 The Open Reel picks up Brazilian short Delusion Is Redemption to To Those in Distress, produced by Dora Amorim from Ponte Produções.

Starring Nash Laila, Melissa Fernandes, Carmen Melo, Everton Gomes, Amanda Gabriel, Thassia Cavalcanti, Delusion Is Redemption to To Those in Distress is directed by debuting to film direction and screenwriting Fellipe Fernandes, who, over the past eight years, has worked as assistant director to filmmakers such as Kleber Mendonça Filho, Paulo Caldas, Pedro Severien and Daniel Bandeira.

The film will compete in the Short Film Competition at Cannes Critics’ Week.