You are here:Home / News / CARMIN TROPICAL AT THE PLATINO AWARDS FOR THE BEST LATINAMERICAN CINEMA

CARMIN TROPICAL AT THE PLATINO AWARDS FOR THE BEST LATINAMERICAN CINEMA 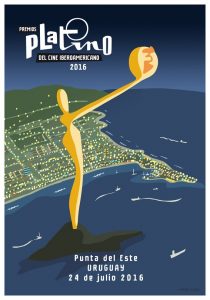 Seven Nominations for Carmin Tropical at the 2016 Platino Awards for the Best Latinamerican Cinema, to be held this year in Punta de l’Este on July 24.

Congratulations to Rigoberto Perezcano and to all the cast and crew from this successful movie!

J’ador and It’s Just in My Head, included in the Italian Focus organised together with the Italian Short Film Center and the Sofia Italian Cultural…

THAT WEEKEND in Ankara

That Weekend is part of the 25th Flying Broom Women’s International Film Festival, running in Ankara from May 25 to June 5. All info: https://www.facebook.com/ucansupurgevakfii
Twitter.