You are here:Home / News / ARIEL AWARD FOR TREMULO 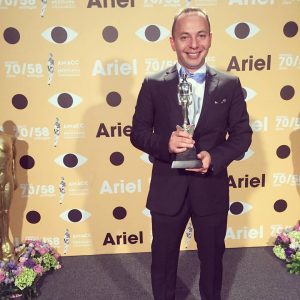 Tremulo by Roberto Fiesco wins at the 58 Ariel Awards in the Narrative Short Film category.

After Quebranto (2014), directed by Fiesco again, and Carmin Tropical (2015), directed by Rigoberto Perezcano, another The Open Reel film wins an Ariel and for the third consecutive year.

Congratulations to Roberto Fiesco for all the success Tremulo is having around the world, with its participation at about 60 international film festival and the 20 awards already won.

News
DELUSION IS REDEMPTION TO THOSE IN DISTRSS AT THE CINEMATHEQUE FRANCAISE
XAVIER AND BOYS ON THE ROOFTOP IN SEOUL
Search.
Latest News.