You are here:Home / News / ANA'S JOURNEY BY PAMELA VARELA 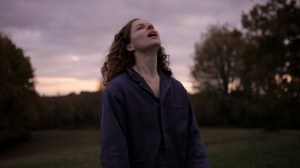 The film relates a journey on the footsteps of an exile: not really that of Chilean poet Francisco Contreras, who lived in Paris at the turn of the 20th century, but rather that of his young French wife, Andrea, who made the trip backwards after the poet passed away, and spent the rest of her life in Chile. Although the film is an implicit portrait of Francisco Contreras, a poet once forgotten in his own country, it is Andrea’s ghost that seems to be guiding the eponymous character, a young photographer who prepares a film about the gathering of the two exiled lovers’ ashes. With great freedom, without getting mixed up with expected itineraries, and always confronting fiction and reality, the film slowly weaves a framework of mysterious connections between Ana and Andrea.

Pamela Varela was born in Santiago de Chile. She moved to France where she worked as first assistant director with Arnaud Desplechin, Mathieu Amalric and Lech Kowalski. She has directed many documentaries and video films. Her last feature-length documentary, Las Sasons, screened in the International Festival of Women’s Films in Creteil and was released theatrically in France.

News
STAND AT 24 FILMFESTIVAL COTTBUS
I AM HAPPINESS ON EARTH IN MADRID
Search.
Latest News.