You are here:Home / News / AGOSTO, BY ADRIANO VALERIO AND EVA JOSPIN 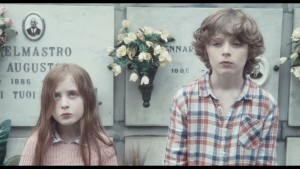 The Open Reel represents the short film Agosto, an Italian/French co-production produced by La Bête, in association with Monfilmfest, and directed by duo Adriano Valerio and Eva Jospin.

The short film is about two children and their adventures in the countryside during a very hot month of August spent in Northen Italy.

ADRIANO VALERIO
After studying Law in Milan and cinema with Marco Bellocchio, he moved to Paris to earn a B.A. in film direction at EICAR. His short films have been selected and awarded in more than one hundred international festival, including Cannes Official Competition, where he got a Special Mention with 37.4 S (also awarded with David di Donatello and Special Award at Nastri d’Argento 2014). Banat, his first feature film has been selected for Venice Film Festival International Critics Week 2015.