You are here:Home / News / AFTER OUR IDOLS 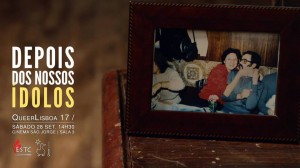 Thanks to the victory in InMyShorts section at Queer Lisboa, a new title will be part of The Open Reel catalogue and will be available very soon, thanks to the agreement stipulated between The Open Reel and the Festival, for Sales and Festivals booking.

“We can tell that our idols, naturally exalted by poetry, outshine, in memory’s light, those who really are our continuous models: our family. Without asking permission, this turning point is now guiding me in a quest for the calmness of the spirit with my true loved ones” (Ricardo Penedo).

It Is Not the Brazilian Homosexuals is part of the Special Events section at the 31st Bamberg International Short Film Festival, running on-site and online…

PASSION at the Kingston ReelOut