You are here:Home / News / 4 TITLES IN TURIN 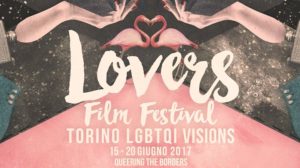 4 titles represented by us will be screened at the upcoming Lovers Film Festival – Torino LGBTQI Visions, taking place from June 15 to 20.

Besides the already announced Italian premiere of Paul Vecchiali‘s Le Cancre, the festival will host the Italian premieres of C’est l’amour (completing the Tribute to Vecchiali), of Ricardo Silva and Omar Guzman‘sWilliam, the New Judo Master (competiing in the Irregular Lovers Competition) and the world premiere of Simone Bozzelli‘s Loris Is Fine, part of the Future Lovers International Short Film Competition.